Home Game What Are the Basics of Designing Video Games? 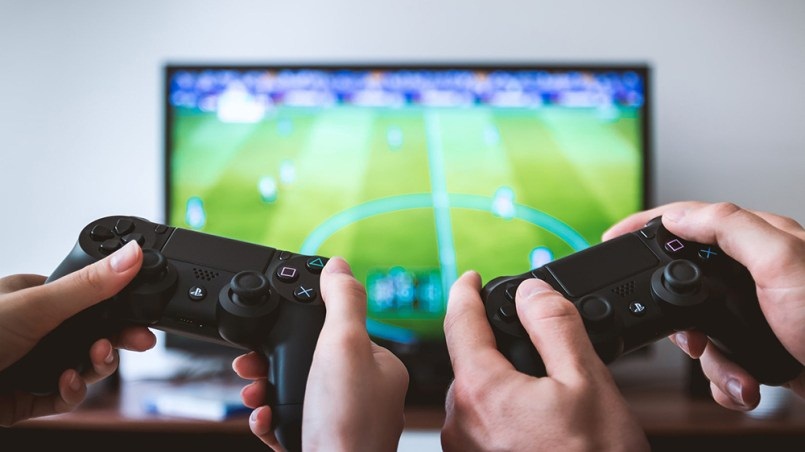 If you play video games at all then you have probably debated the idea of trying to make your own. Video game design is something that seems really easy, until you start trying to do it. Most people who try to design video games end up giving up before they actually finish their first game – and with good reason. Designing a game takes focus, and an understanding of what makes a game good. Simply ‘being a fan of video games’ does not make you a good designer – just like being a fan of books does not make you a good author.

It takes a team to make a good game. Designers come up with concepts, artists make the assets that are displayed on the screen, and developers make those assets respond to input or provide challenges for the player to react to.  With a big RPG or a first person shooter, there may be multiple categories for each skill – so there is one person that makes the story, then a person who designs each level or scene, then texture artists, character artists, animators, User Interface designers, and more. There may by developers who make multiplayer code, developers who work exclusively on graphics or physics, and some developers who make the tools that other developers use – but that never actually touch the game systems themselves at all.

If you want to make a game for the thrill of saying that you made one, then you might want to try making something in one of the popular game creation kits https://www.rivalry.gg. At the most basic level, there is FPS Creator for making first person shooters, RPG Maker (several versions, including XP, MV and VX Ace, all with slightly different art and mapping styles) for making 2D RPGs, and Game Maker for making a wider-range of 2D games, and Visual Novel Maker for making interactive stories. There are also free tools such as PyGame which allows you to make 2D games using the Python programming languages, and RenPy – another visual novel toolkit.

Using these tools means that you can make a game ‘from an idea’ even if you don’t have a huge amount of programming skill. Most of the above tools ship with a decent amount of assets in the form of sound, sprites, textures and backgrounds – so you can use the art that others have made to work as the foundation of your game. If your idea is good, then once you have finished the title with your ‘programmer art’ you can show it to other people and hopefully bring them on board to get proper art, sound and other assets for the game.

The Theory of Fun

It’s very easy for a would-be game designer to fall prey to the problem of feature creep. Many gamers think “wouldn’t it be awesome to make a massively multiplayer strategy game where you can teleport down to the ground and play a squaddie in the army, then have RPG elements where you can play a survival game and loot stuff, and hide out in the jungle and build a farm? And it’s in the future, so why not steal a space ship and go flying to other planets? All with procedurally generated universes and terrain and thousands of other players, it would be great!”

There are numerous problems with those ideas. Firstly, making such a game would take decades and cost a lot of money. Secondly, every mechanic that you add means more chances of bugs and more chances of game systems that don’t work well together. Thirdly, what is it that makes the game FUN? Why would a player want to do any of those things, and what would really drive the story forward?

Snake was a fun game on the Nokia phone and it had two simple mechanics – eat dots, and don’t crash into your tail or the walls. Tetris is simply a game about making falling blocks disappear. Both of those games have a lasting appeal that other, more complex games can often lack.

As a game designer, your job is to make the games that you make interesting and fun. With a visual novel, that means telling a good story. With a shooter, that means presenting interesting levels that keep the player on their toes. With a puzzle game, it means that each puzzle should make the player think, and test them, but not be so complex that it frustrates the player to the point that they decide to walk away.

Getting Started as a Designer

The easiest way to learn the basics of design is to distill your game idea down to the absolute basics, and then work up from there. Many designers start with making a mod. If you don’t like the way a Civilization behaves in Civ V, make your own! If you think that you could tell a better story than CD Projekt did in The Witcher 2, use the editor to write your own story. See how it feels to play it, and then work up from there.

Make sure that you finish your idea. Do all of the polish, too – the loading screen, the about screen, the Help. This will give you something that you can show to employers or to artists and developers that you want to get on board to turn our prototype into a finished title. It may be that as you work on your idea you discover flaws with it. That’s fine – most authors and screenwriters discard numerous drafts before they get to a finished product and this is the same thing. Keep working, and keep trying, and eventually you will find your great game idea.

Don’t be scared to network, either. Don’t hide your ideas out of fear that someone will steal them. There are very few true ‘new ideas’ out there. You will benefit more from working with people than you would from secrecy.

What Are The Various Payments Methods Adapted By The Online Slots?

Benefits Of Using Aimbots And Maps In DayZ Hacks